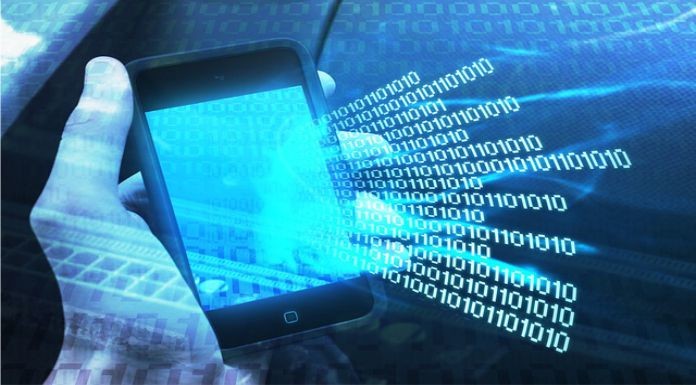 Over the years a lot of time and effort has been invested in the creation of tech that can assist us in all areas of life. One of the main focuses has been technology that can help make work life much easier. Certain items have already arrived that have revolutionised how we work, yet the future holds many more for us to look forward too.

You can look at how we now use the internet, touchscreen technology and social media which have all completely changed how we work within our offices. This tech has made lives much easier, and that’s without looking at what we can expect in the coming years. The future developments within technology is sure to make our day to day lives much easier, but can we predict how it will pan out?

The following blog will look at technology you’ll be sure to see throughout the next decade. Some are truly incredible in just how advanced they are, and with others you’ll wonder why they haven’t already been implemented.

Touchscreen Desks
Once only possible in the world of James Bond, touchscreen desks are a real possibility for offices of the future. With only a few flicks of your finger you can show off a portfolio of work to a large group of people stood around the desk, without everybody being huddled behind you trying to catch a glimpse of your computer.

A lot of these desks have been well designed to cater to whoever uses them and for various different reasons. One of the biggest problems that business owners are struggling with is the sitting/standing situation. It’s a known fact that sitting constantly is bad for your health, but there isn’t much of an alternative especially when people are working eight hours or more every day.

Some of these Touchscreen Desks have the ability to rise up with just the touch of a button. Being able to switch from sitting to standing in the matter of seconds will have plenty of benefits to a worker’s overall health.

Office Drones
Perhaps one of the strangest additions you’ll see on this list, office drones are set to make an impact in offices of the future. They are designed to fly and navigate the various stairways and corridors that offices have, and will be useful for a number of reasons.

They can ensure that workers aren’t slacking off, or spending more time than they should be on a break. If someone’s needed for an important emergency meeting, an office drone may be a good choice, especially if you don’t want to be running around, the drone could effectively solve some minor micro-management issues.

If a small delivery needs to made from one floor of an office to another, a droid can be the perfect solution. Simply strap the package to the top and set it off on its way. This could be especially useful if you’ve lost a pen and you need one ASAP!

Clever Computers with Artificial Technology
This may seem like something that would only happen in films, but time is being invested in computers which can think for themselves in certain situations. One of the ways this is being implemented is to deal with the common problem of e-mail avalanche.

Depending on the question a person asks you, software built into these computers is able respond by simply searching the internet or a database you have access to. With a computer being able to do this, you’d save a lot of time that can often be wasted on these sorts of menial tasks.

Tracking sensors
Possibly one of the pieces of tech that people aren’t looking forward to so much is the introduction of tracking sensors. These sensors can track your moods, detailing and noting management on how an employee behaves during working hours.

This may seem like a ridiculous concept, but it isn’t so much when you think about it. If a worker is seen to fidget when at a certain desk it can give good insight they might require a new chair. In the case that results show that people are disinterested during meetings, certain things may be changed so that this problem is solved.

Of course, you may need to be more wary on how long you spend on a cigarette break or when on the toilet, but your superiors being able to recognise a problem and fix it could be a blessing.

Wireless Charging
This may sound like a ridiculous concept, but wireless charging is something that’s set to revolutionise the office in the coming years. Imagine not having to frantically search for a charger when either your phone or laptop is low on power.

Although this tech is still in the development stage, the amount of benefits they’ll have is staggering. Being able to charge your phone and laptop when you’re not at the actual charger is something that could be invaluable.

As there’s no need to plug in the device to a plug socket, it’s completely possible to charge a number of devices at a single time. This is a great alternative to simply waiting around for a plug socket to become free.

3D Printer
3D printers are a technology that already exists, but so far it has only been in business who only within the construction and design industries. With some offices having a larger focus, they’re now thinking outside the box and creating exciting designs, it’s become more likely that you’ll find a 3D printer on your desk by the end of next decade.

Being able to create three dimensional objects by simply adding certain materials you’ll be amazed at how fast you can make these objects. What may have previously only been a concept can be turned into an object you can actually hold.

Whether it be a simple way you believe the office should be set out, or a design for a piece of art which could be included in a piece of work, there really are very few limits when it comes to printing off 3D objects.

Offices of the future
This is only a selection of technology we can expect to see in the future, as we are more than sure that there’s technology being worked on behind closed doors that is yet to be announced. In the future we will see even more advanced items that allow people to work more efficiently than ever, but only time will tell.

The Quantum Science Pendant is a Truly Unique Invention!