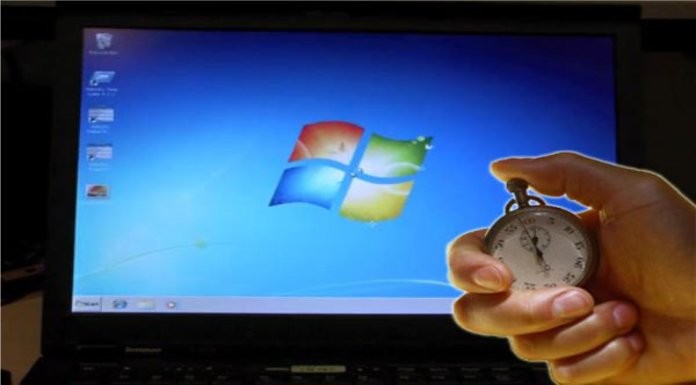 There’s a really easy way to speed up a computer. It applies to almost any computer, even laptops, but it does cost a bit of money. (But not too much.) What is it? More RAM.

More Memory Speeds Up Computers
Computer memory, also called Random Access Memory (RAM), is where every active program on your computer wants to store its data. That’s because RAM is more than 100 times faster than a traditional magnetic hard drive, so when a program needs to send information to your computer processor to perform some action, the action gets done much quicker if the information started out in RAM.

My first computer only had 512 kilobytes of RAM and, to be honest, that seemed quite sufficient. But today’s computers typically start with 2 gigabytes of RAM—that’s about 4,000 times as much RAM as my first computer 25 years ago.

Are computers 4,000 times as fast today as they were 25 years ago? No. Back then, some programs ran slow; today, some programs still run slow. What’s changed is what we expect our computers to do. My first computer only displayed text; today, computers routinely display incredible graphical effects. They also processes enormous amounts of data relatively quickly and multitask incredibly well. All of these are possible because newer programs (such as Windows) were written to take advantage of the increase in RAM in the typical computer.

Why You Need More Than The Minimum RAM
Each version of Windows comes with a minimum RAM requirement. For example, I believe Windows 8 requires a minimum of 2 gigabytes of RAM for desktops. (There are different requirements for Windows 8 Mobile on tablets.)

That’s the amount of RAM Windows itself requires, but if Windows uses most of your RAM, you won’t have much memory leftover for other programs. I’ve long adhered to the recommendation that you should always have twice the RAM in your computer as required by the operating system.

But even more RAM is better because, as a percentage, less and less is dedicated to Windows, so programs get more headroom.

Since some programs, such as image and video manipulation programs, need a lot of headroom, they typically use your hard drive as spare RAM—a process known on Windows as paging. (On Linux and Mac OSX, it’s often called swapping.)

Since your hard drive is several orders of magnitude slower than RAM, programs slow down significantly when they start paging. The more memory you have, the less paging your computer needs to do.

How Much Memory Do You Need?
There’s an easy way to figure out your specific memory needs. Think about the time when your computer ran the slowest; what programs were you running and what tasks were you performing? Try to replicate that experience and then open the task manager by pressing Ctrl-Alt-Delete. Go to the Processes tab and see how many megabytes or gigabytes of paging (“Paged Pool”) your computer is using. If you had that much extra RAM, you would significantly speed up your computer.

Re-Start or Shut Down the PC with Just Single Click