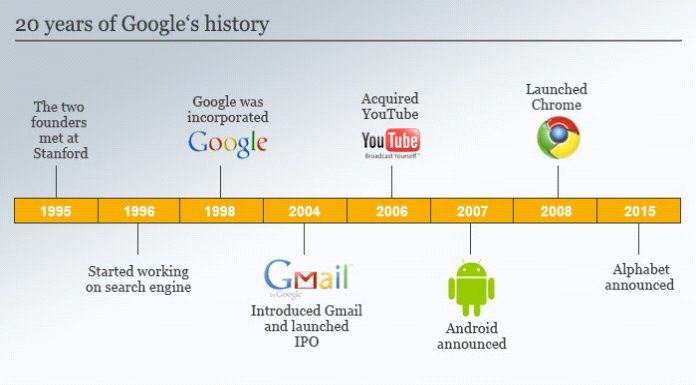 Google has never been a company that goes with the crowd, however their latest venture has taken many by surprise.

Alphabet is the most recent enterprise, bringing together a consortium of companies that will take on Google’s more radical programs (such as biologicals research and work on longevity). This will make the current Google much more streamlined, allowing it to focus back in on its core business of tech.

The rationale behind the conglomerate appears to be pure survival in numbers, with a large firm being better equipped to handle the whims of the market than a group of smaller enterprises. This also means that one failed venture can be shouldered by the other companies.

An added bonus is the change of public perception, as the Google behemoth is broken down into parts that are more easily understood by consumers. The new structure will also make it easier to track Google’s income, with each individual part of the business reporting on its respective success.

Human resources are also a key consideration, as senior management will be able to be hired for their subject-matter expertise, which will be relevant to a discreet component of the business.

What does this mean for users and investors?

In the short-term, the changes to Google will be largely invisible to the average consumer.

As the structure evolves however, we’re likely to see greater outputs from the businesses that fall under the Alphabet umbrella, in reflection of the more efficient and streamlined configuration. This will no doubt boost Google’s innovation and its profitability, which has been waning in the last few years.

Noting this, investors may wish to wait before rushing into any decisions. While the structure will bring greater transparency to revenue, it may also lead to higher costs due to the increase in skilled staff.

It seems that the move has been intended to revitalize and future-proof the Google brand. The company has clearly identified that it has reached the limits of market dominance in the search engine industry, making change a necessity. At the same time, a number of new industries (such as biotech, transport and natural sciences) are moving into the digital realm, representing the perfect opportunity for expansion.

Through these moves, Google is becoming more than just a search engine – it’s becoming a new-age conglomerate with reach across the global economy.

U.S. Firms are Losing Huge Amount Every Year to Cybercrime