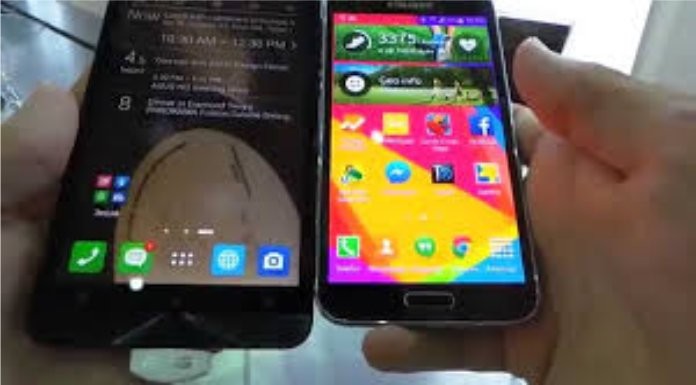 Both Samsung Z1 and ASUS Zenfone 4 have been launched to meet the needs of a budget conscious person. With the Z1, Samsung is trying to test the appeal of its Tizen software platform. The one from ASUS, on the other hand, packs an impressive set of features to win the hearts of those who are not willing to go beyond a budget. We put together both the smartphones in a head-to-head comparison in order to help you in selecting the one that meets your requirements to the best extent.

Display and Design
Both the Samsung Z1 and ASUS Zenfone 4 come with the same 4-inch multi touch display with a resolution of 480 x 800 pixels (WVGA) and a pixel density of 233ppi. But the one present in the Samsung Z1 supports PLS technology which lets you view it clearly from wide angles. While this might excite ardent Samsung fans, the ASUS Zenfone 4’s screen comes with Corning Gorilla Glass 3 protection which offers sound resistance to scratches and fingerprints. It is due to this tough Gorilla Glass that the Zenfone 4 edges out the Z1 as far as display is concerned.

Moving to the design section, while the Samsung Z1 has dimensions of 120.4 x 63.2 x 9.7 mm and a weight of 112g, the ASUS Zenfone 4 measures 124.4 x 61.4 x 11.5mm and a weight of 115g. There isn’t much difference in the weights of the two but if you are looking for something slim, you can go for the Samsung Z1. But you will have to reverse your decision if you love something colorful. This is because the Z1 is available in wine red, white and black colours whereas the Zenfone 4 comes in charcoal black, cherry red, solar yellow, sky blue and pearl white colours.

Configuration
Under the hood, the Samsung Z1 is packed with a 1.2GHz Cortex A7 dual-core processor based on Spreadtrum SC772S chipset and 768MB RAM. The ASUS Zenfone 4, on the other hand, is powered by a 1.2GHz dual-core Intel Atom Z2520 processor and 1GB RAM. There is no doubt about the fact that the Zenfone 4 beats the Z1 easily in terms of both processor and RAM. Although both the CPUs feature dual cores, the one from the much popular Intel is far better than that of Spreadtrum. Even if you consider the graphics unit, the Mali 400 in Samsung is weaker than the PowerVR SGX 544MP2 in ASUS Zenfone 4.

Platform
The Samsung Z1 is the first smartphone to feature the company’s very own Tizen v2.3 OS. So it will be carrying the company’s hopes of reestablishing its lost status in the telecom market against Google Inc’s Android OS. And the ASUS Zenfone 4 follows a safer path by booting the popular Android v4.3 Jelly Bean OS upgradable to v4.4.2 KiKat OS. It can be easily concluded that the Zenfone 4 holds the advantage here until and unless Samsung is highly successful in convincing customers to go for the Tizen OS.

Camera and Storage
The Samsung Z1 features a 3.15MP rear snapper with a resolution of 2,048 x 1,536 pixels and features like geo-tagging, face detection and LED flash. The ASUS Zenfone 4 sports a 5MP snapper and supports autofocus, panorama and face detection and can record full HD videos at 30fps. With both the smartphones featuring the same 0.3MP front facing snapper, the one from ASUS clearly beats the Samsung Z1 even in this aspect.

As far as memory is concerned, there is nothing to separate between the two as both of them carry an internal memory of 4GB which is further expandable up to 64GB. One should note that there is one Zenfone 4 variant which has a greater internal memory of 8GB.

Battery and Connectivity
The Samsung Z1 is fuelled by a 1,500mAh Li-ion battery rated to deliver up to 8 hours of talktime in 3G networks, which will be certainly more in 2G networks. The ASUS Zenfone 4 keeps things juiced up with a 1,600mAh Li-Po battery rated to deliver up to 10 hours of talk time in 2G networks. There is nothing much to separate between the two with respect to battery except the fact that the one in ASUS Zenfone 4 is non-removable. Both the smartphones feature the same set of standard connectivity options like 3G, Wi-Fi, GPS/A-GPS, Bluetooth and USB port.

One can easily conclude to the fact that the ASUS Zenfone 4 is hands down a better option than the Samsung Z1. This is mainly due to the fact that Samsung, with an aim of paying more attention to its very own Tizen OS, has failed to load the Z1 with powerful specs.