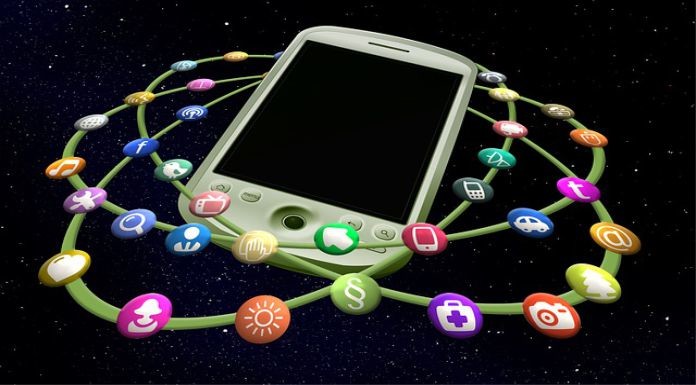 When Graham Bell heard the word ‘hello’ for the first time from the other set of the device which he had just invented — he must have got excited like a little kid. That device which he invented in 1876 was named ‘telephone’; gradually developed in the course of next hundred years. In 1982, first ever mobile-phone was revealed to the public by Motorolla company. Mobile phone is an electric device which is a developed form of telephone, through which a person can talk to the other person through the same device on the other hand. Mobile phone connects people in shortest possible time; therefore, it has great advantages. Similarly, it has many functions and accessories and due to its immense use, it contains some disadvantages as well.

Previously, only telephone was in use, it had to be stationed somewhere and whosoever wanted to talk to someone on telephone must come near the telephone set. Gradually, a device called ‘cord-less’ was invented which although, remained near the phone set, but could be taken a few meters away. It could be termed as a milestone to the mobile phone. Later on, when mobile phone was invented, it became popular throughout the globe in no time.

The first mobile phones had a function of voice-call only, like its predecessor. Afterwards a revolutionary function was introduced in the mobile phones, that is, text message. This cheap, short and quick mailing service has revolutionized the entire world of connectivity.

A person can take his mobile phone with him anywhere he wants. Whether he is at office or travelling in a car, if someone is out with his family or partying with friends, mobile phone can be carried anywhere. This is why it is called ‘mobile’ phone.

In a very short span of time mobile-phone industry has become one of the biggest electronic industries of the world. Mobile-phone is also called ‘cell-phone’ because it has a chargeable battery which makes the device working for quite a few days. Cell-phone works in a manner that a SIM is inserted in it which catches telephone signals from air. Through these signals a person is connected to entire world.

Mobile phones have advanced technologically to a great extent. Today a new kind of cell-phones has been introduced, that is, smart-phone. Smartphone is basically a mini-computer. It has every function that a computer has, and that too at one’s fingertips.

There are several worldwide companies that are producing mobile phones. These include Nokia, Motorolla, Samsung, LG, HTC, Huawei, Apple and many others. These companies, in connection with the business competition amongst each other introduced and invented such applications and functions that a person could only dream a few years ago. Today, a father can talk to his daughter, who is thousands of miles away; not only that he listens her voice but is able to see her live, as she is in that particular moment.

Today, a mobile is a telephone, a fax machine, a personal computer, a radio, audio-video player, a television, a calendar, a calculator, a notebook – you name it and you will find that thing in pocket sized device.

Along-with scores of facilities this pocket-sized device gives, there are also some serious disadvantages of mobile-phone. For example, talking with the cell-phone excessively creates hearing problems in the later age. Some people use their mobile phones by calling someone or they use it for texting messages while driving. This habit is not only potentially dangerous rather many lives have been lost due to such negligence. This is the reason we see the sign on the roads which discourage the use of mobile phones while driving.

Due to cheap call and SMS rates people are sticked to their phones which waste their precious time as well. There was a research conducted a few years ago in the United States that stated its findings as that the Americans, on average, look at their mobile phones sixty times a day! This is true that this mobile phone has pragmatically changed the world into a ‘global village’ where one can connect to the other with absolute ease, no matter where on the planet earth the person may be. Yet, the person sitting right in front, physically, is usually ignored due to mobile phone in the hand. Someone can easily talk or send text message in the next corner of the world but will be completely indifferent to his mother or father sitting on a sofa or lying on the bed in front of his eyes.

Things are invented for the betterment and comfort of mankind. If human race uses it moderately and gently, it will maintain its positive aspect. But if anything is used extravagantly, it will ruin its goodness too.